Our Beeswild Bee Farms are run by the German Pro-Beekeeper, Uwe Rusch, and consists of European Honey Bees that are reared from a queen stock in Winter Haven, Florida to help dilute the Africanized traits of our more local bee strains.

Honey bees are one of the most well-known, popular, and economically beneficial insects. For thousands of years, man has plundered honey bee colonies to get honey, bee larvae, and beeswax. Now, honey bees are commonly kept in artificial hives throughout the United States.

Although many people make a living from bees, most beekeepers are hobbyists who have only a few hives and who simply enjoy working with these fascinating insects.

Honey bees, like ants, termites and some wasps, are social insects. Unlike ants and wasps, bees are vegetarians; their protein comes from pollen and their carbohydrate comes from honey which they make from nectar. Social insects live together in groups, cooperate in foraging tasks and the care of young, and have different types, or “castes,” of individuals. There are three castes of honey bees;

Workers– Reproductively underdeveloped females that do all the work of the colony. A colony may have 2,000 to 60,000 workers.

Queen – A fully fertile female specialized for producing eggs. When a queen dies or is lost, workers select a few young worker larvae and feed them a special food called “royal jelly.” These special larvae develop into queens. Therefore, the only difference between workers and queens is the quality of the larval diet. There is usually only one queen per colony. The queen also affects the colony by producing chemicals called “pheromones” that regulate the behavior of other bees.

Drones – Male bees. A colony may have 0 to 500 drones during spring and summer. Drones fly from the hive and mate in the air with queens from other colonies.

The Queen lays all her eggs in hexagonal beeswax cells built by workers. Developing young honey bees (called “brood”) go through four stages: the egg, the larva, the inactive pupa and the young adult. The castes have different development times.

Newly emerged workers begin working almost immediately. As they age, workers do the following tasks in this sequence: clean cells, circulate air with their wings, feed larvae, practice flying, receive pollen and nectar from foragers, guard hive entrance, and forage.
Unlike colonies of social wasps and bumblebees, honey bee colonies live year after year. Therefore, most activity in a bee colony is aimed at surviving the next winter.

During winter, bees cluster in a tight ball. In January, the queen starts laying eggs in the center of the nest. Because stored honey and pollen are used to feed these larvae, colony stores may fall dangerously low in late winter when brood production has started but plants are not yet producing nectar or pollen. When spring “nectar flows” begin, bee populations grow rapidly. By April and May, many colonies are crowded with bees, and these congested colonies may split and form new colonies by a process called “swarming.”

A crowded colony rears several daughter queens, then the original mother queen flies away from the colony, accompanied by up to 60 percent of the workers. These bees cluster on some object such as a tree branch while scout bees search for a more permanent nest site – usually a hollow tree or wall void. Within 24 hours the swarm relocates to the new nest. One of the daughter queens that was left behind inherits the original colony.

We save bees free and resettle them into safe habitats.

We need to save the bees because of the critical role they play in our ecosystem. Their nectar and pollen may not be as available as a food source for bees and plants may be deprived of bee pollination. Pesticide use has had an adverse effect on bee populations.

Please help us by helping all of us, because our food resources depend on bees. No bees, no food, no life!

Your support can save bees!

Shaking a swarm from a branch is easy compared to removing a full-grown hive from a structure, having to tear out walls and remove every bee including the queen.

Bees are not only extremely important for humans, but also for entire ecosystems to function. As we know, bees allow plants to reproduce through pollination. These plants contribute to the food system by feeding animals – aside from humans – such as birds and insects.

We also infuse honey with Twild herbs, and, spices to create delectable new flavors and experiences ranging from sweet to heat. Beeswild.com infused honey will expand your honey palate and enhance your culinary skills in the kitchen and on the grill.

mil bees on the farm

Honey is a sweet, viscous food substance made by honey bees and  some related insects. Bees produce honey from the sugary secretions of plants or from secretions of other insects, by regurgitation, enzymatic activity, and water evaporation. Bees store honey in wax structures called honeycombs.

How we produce our honey

Honey is a sweet syrupy substance produced by honeybees from the nectar of flowers and used by humans as a sweetener and a spread. Honey is comprised of 17-20% water, 76-80% glucose, and fructose, pollen, wax, and mineral salts. Its composition and color is dependent upon the type of flower that supplies the nectar. For example, alfalfa and clover produce white honey, heather a reddish-brown, lavender an amber hue, and acacia and sainfoin a straw color.

02. Bees collect the nectar and carry it to the beehive

Bees collect nectar from flowers. Nectar is the sweet liquid that entices the bees to the flower. The bees climb onto or into the flower and suck up the nectar with their straw-like mouth and collect it in a little sac called a crop. They also collect pollen on their legs.

Beeswax (cera alba) is a natural wax produced by honey bees of the genus Apis. The wax is formed into scales by eight wax-producing glands in the abdominal segments of worker bees, which discard it in or at the hive. The hive workers collect and use it to form cells for honey storage and larval and pupal protection within the beehive.

04. We collect the product and transfer it to the packaging

Because of its acidity, honey reacts with steel, iron, aluminum, galvanized metal, copper, tin, and more. Besides producing toxins, this can also affect taste and color. Although some are worse than others, steel and iron are considered especially bad for honey storage because they can rust and ruin honey.

What our clients say

Excellence at its best! We had a huge beehive in a tree of our house. I called Beeswild on a Sunday morning and they were working, they helped me that same day at no cost. Beeswild came to do the job and they saved the bees. A few days later I got some pictures of the beehive! Happy bees! Very nice people, professional and you could feel the do it with passion. The did not ask for payment and I donated them $200! A+++!

Hi Beeswild! You would get 10 stars if it was an option! I was beyond impressed with their quick response, knowledge, dedication, and honesty. Not wanting me to spend my hard-earned money if it wasn’t necessary.  You must’ve heard the fear in my voice and came here the same day. My special thank you, a 150 dollar donation for new apiaries!🙂 Thank you for saving me!

I called them on Saturday and they were at my home within an hour. Our jab required two technicians, he called for backup. Within 2-3 hours of my initial phone call, I had for sections of my roof opened and all the bee hives were removed. And this was without paying a penny yet! They do it for free! I cannot express how happy I am with Beeswild! Very professional and dedicated saving bees! I donated 50 dollars and again thank you!

Fast, efficient, professional, highly dedicated, I called Beeswild because of a recommendation and the great reviews. When I called, I was told all about how they remove bees and why it is necessary to remove the beehive too and alive! I made an appointment for the next day. Beeswild called me and they arrived 45 minutes later. They accessed the situation as we talked about how wonderful bees are….except when they make their home right next to my front door! So, unfortunately, since they would have to break into my wall, the hive would get contaminated with concrete and the bees would die. They reluctantly explained that the best method to shift them naturally by installing a special box near to them. It took 12 days and they all moved into that box. They are really nice as they talked about their love for nature and how I could make a beeswax candle. They cleaned up and flew off! My cost? Nothing, I made a donation and they were happy!

Professional, great service, showed up when they said they would, and advised us how to behave with bees. This morning was my first, and hopefully last, experience with a swarm of bees literally moving in to just outside our front door. Beeswild was just what we needed and squeezed us in on a Good Friday. I recommend them without hesitation.

It could not have been better. Beeswild arrived on time & explained what they would do & asked if we wanted them to proceed. They then proceeded to find, remove & treat the area where the bees had built their hive. Following the removal, they met with us to explain exactly what had been done, & what would happen over the next several days. They were outstanding. It is no wonder that Beeswild is so highly recommended and rated. Reinold, we thank you for being the source for us of Beeswild, your recommendation.  Offers we received ranged from $550 to $1,100, Beeswild did it for $0. They even did not ask for payment. I donated $300 for the great cause of saving bees. 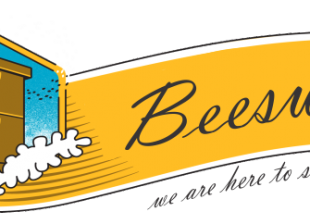 Your Donation Helps to save Bees! Local bee farms recommend us if people need bees to be removed from their property. We save the bees from being extin … 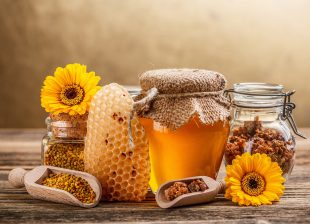 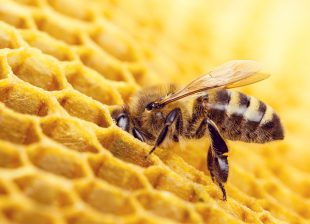